So tomorrow I'll be 30 weeks. But these pictures were taken at 28 weeks so I'll just go with that. :) 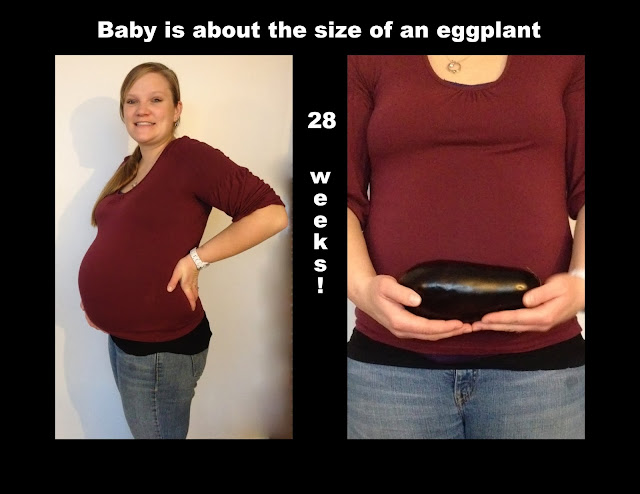 your baby at 28 weeks 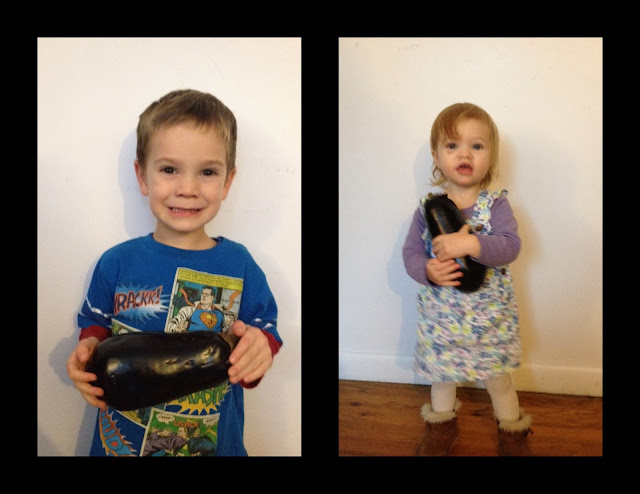 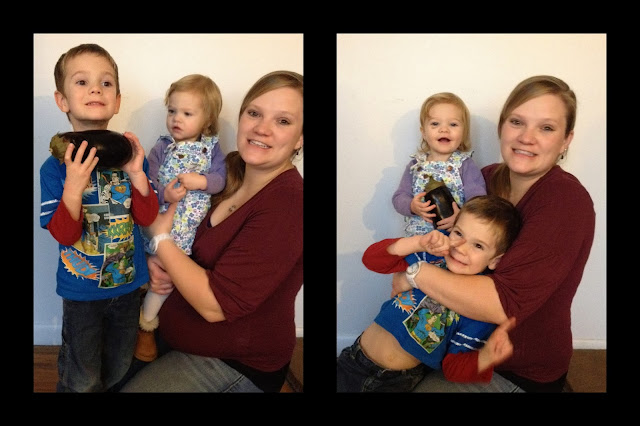 Posted by Memórias of the Davolt Family at 12:43 PM No comments:

I'm sure everyone that would read this already knows that my mom, dad, and sister were in a car accident on the 6th of October and my parents passed away. At about 9:20 - 9:30 AM Sunday the 6th, I got a phone call from my terrified and crying sister. My first reaction to her saying "we were in an accident" was that it was a small fender bender and that everyone was OK. I tried to calm her down and after a few minutes I finally realized that maybe there were people hurt. So I asked her if everyone was alright. She said no. I still didn't think there could be anything wrong with my parents, I assumed it was the people in the other car that were hurt. A lady that had pulled Jianna out of the car was with her still and took the phone from Jianna. She told me I need to come right now. Jesse was in Seattle for work so I called him. Thankfully I had the kids ready for church, so we just got in the car and left. I talked to my best friend Stefanie and she asked me if I wanted her to come, so I met up with her real quick. I thank God she was there!

I talked to Jianna again while I was in the car, as she was getting into the ambulance and heading to the hospital. After a few minutes they would not let me talk to her anymore. I talked to someone in the ambulance, and no one would tell me anything. I just wanted to hear that they were alive, if they were hurt we could deal with it. But, no one would tell me. Jesse had called the hospital and they wouldn't tell him anything either, except that he needed to come right away.

Stefanie called one of her friends in Vale, who she thought might have some insight. Stef got off the phone but wouldn't tell me what she had heard, but she was choking back tears. That was the moment when I knew they didn't make it. I couldn't quite believe it yet. I started sobbing, Stef asked if I should pull over, but I needed to get to Jianna. Stef's friend had heard on the scanner that there was a double fatality.

I had previously called my brothers and let them know what was going on. Telling them not to worry yet. I didn't want to call them back until I knew for certain. Justin was on an assignment in Africa, I was not quite sure how we were going to get a hold of him.

We got to the hospital and my mom's brother Steve was there. A nurse took him into see Jianna while I got my kids situated with Stefanie. Then the nurse came back and took me and the minister from my parents church, Phil, back to see Jianna. On the way to her room the nurse explained that Jianna may or may not know that my parents had passed away. Moments before Phil and I walked into the room, Uncle Steve had told her that mom and dad didn't make it. I was so worried for her when I saw her. it looked like she was having an anxiety attack. She kept saying over and over, "that's my mom". (Jianna, luckily had a phone number to get a hold of Justin. She called told him what had happened and he was able to pack and leave right away.) At that point we didn't know what injuries Jianna had sustained. She was wearing a neck brace and had just gotten out of a CAT scan. Jianna was still pretty anxious and at times it seemed like she was having a hard time breathing. We would pray with her and she would calm down and then she would get worked up again. I finally called the nurse, who gave her some and anxiety medication. That made her pretty loopy.

After little while the doctor came in and said that Jianna was completely fine. The CAT scan showed that she was not injured in anyway. Praise The Lord!! It took a little while but they discharged Jianna and we got her changed and ready to leave. The medication made her so sleepy that we had to put her in a wheelchair and take her into the waiting room outside of the emergency area. There were so many people in the waiting room! So many people that love our family! It seemed like all of our family was there and much of their church too. Someone had called called Micah and Javan and they were on the way from their home in Vernal Ut.

Jianna said that she wanted to go to my mom's sister, Loretta's house in Boise. She didn't want me to leave her so my Uncle Dan drove my car and my kids to Boise and I went with Jianna in Uncle John and Aunt Loretta's car. The medication made Jianna sleep pretty much the whole way. We got to the house and just sat on the couch, holding each other and crying. Soon people started showing up, family, friends. Jesse got there around three or four. Micah, his wife Leona, Javan, and Javans friend Janelle, got there probably around eight. (It was Wednesday when Justin got there, traveling straight from Africa, such a long journey for him.) All of us kids ended up staying at Aunt Loretta's house the rest of the week. They graciously gave up their house for us.

It's been a long/short two months since that day. We had the funeral that Saturday, the 12th. It was in their home church in Vale Oregon. The church was so accommodating, and quite amazing in their ability to do everything we wanted. So many people came! I think it was close to 700 people. The service was such a testimony of my parents faith in God. It really was a celebration of their lives.

Their death doesn't make sense to me. Well... Actually, knowing I'll never be near them again is what does not make sense. I see pictures of them, and for a brief moment, I feel like I need to go find them. My brain (or maybe it's my heart) thinks that they are still at home. Those thoughts go by in a millisecond and then reality becomes more clear. I praise God that they are in Heaven. I know they are! That gives tremendous comfort! Comfort in knowing I'll see them again, I'll be with them for all eternity. I can't wait to be in heaven with Jesus! This life on earth is so fleeting compared to eternity, even for those who live to be 100. I hope the accident made hundreds if people stop and think about where their eternity will be.
Please pray for my sister. Pray for all of us, but, Jianna had the most to loose. Her support, her home, the life she used to know. It's all gone. She is such a trooper thought. Growing into a strong young woman! They would be so proud if her!
I don't mind talking about what happened. If anyone wants to know more don't feel hesitant to ask me personally. The more I talk about it the more I'm healing.
Romans 10:9
3 John 1:4 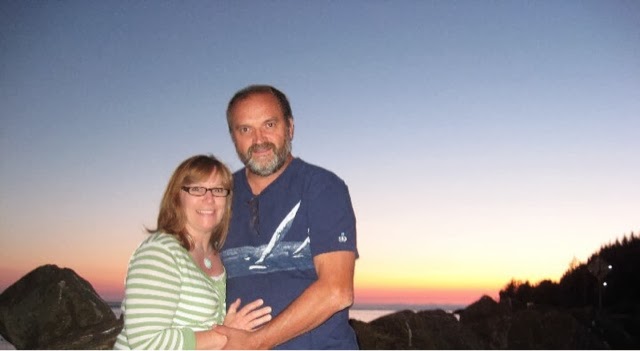 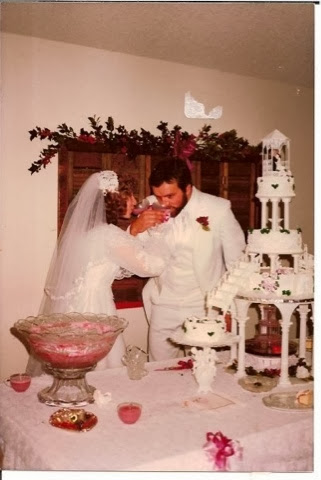 Posted by Memórias of the Davolt Family at 4:42 PM 1 comment:

On the 9th of November (I know, a long time ago. But I'm trying to get caught up on my blogging.) we had a gender reveal party for our baby! I had wanted to keep the gender a surprise but when I put the ultrasound disc in our computer the gender pictures were on it. So we get to find out a little early! 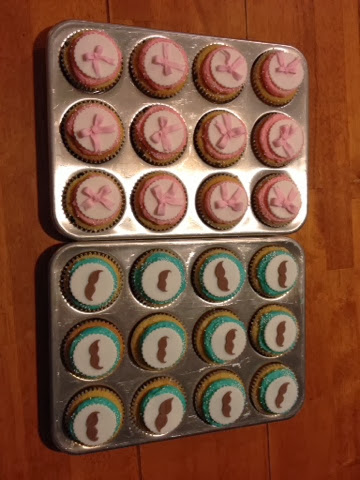 My awesome friend Emily made these beautiful cupcakes! 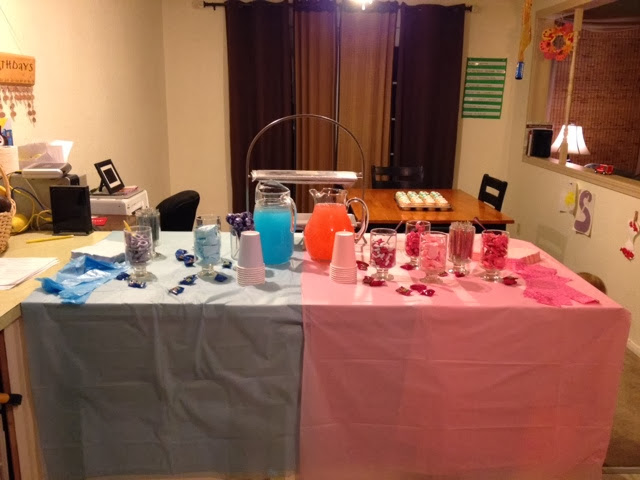 Got a bunch of fun deco at the dollar store! 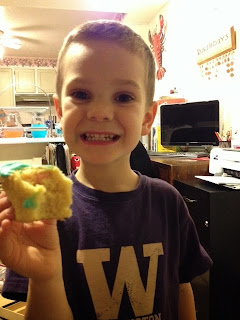 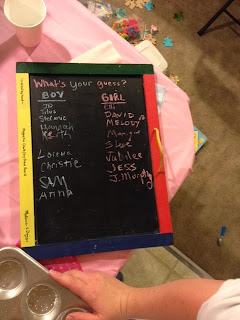 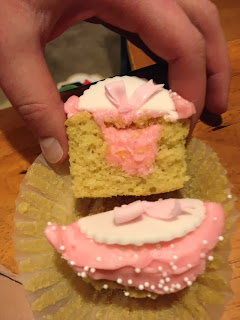 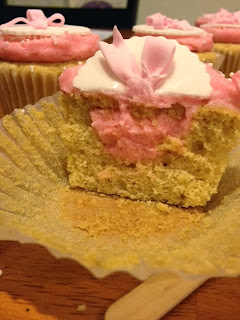 Yep! It's a girl!
Posted by Memórias of the Davolt Family at 11:58 AM No comments:

Sad that I missed so many weeks, but we have had a lot going on. Here is 22 weeks! 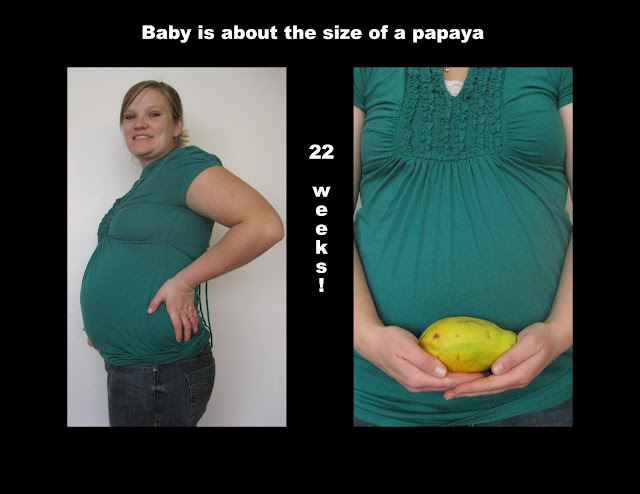 Now that he/she's got more developed eyes and lips, he's looking even more like a newborn.

He/her sleeping in cycles -- about 12 to 14 hours per day (hint: they're probably those times you're not feeling any kicks!). 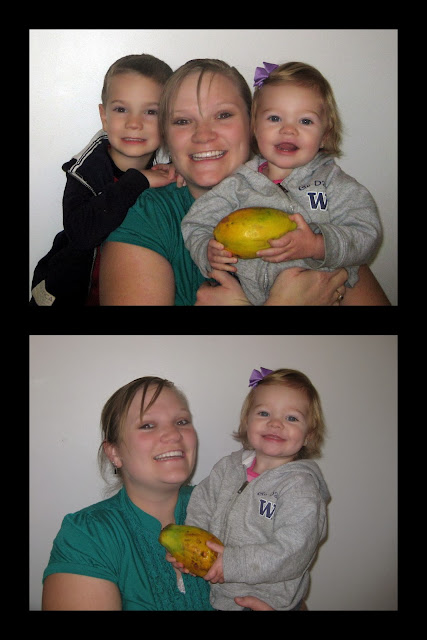 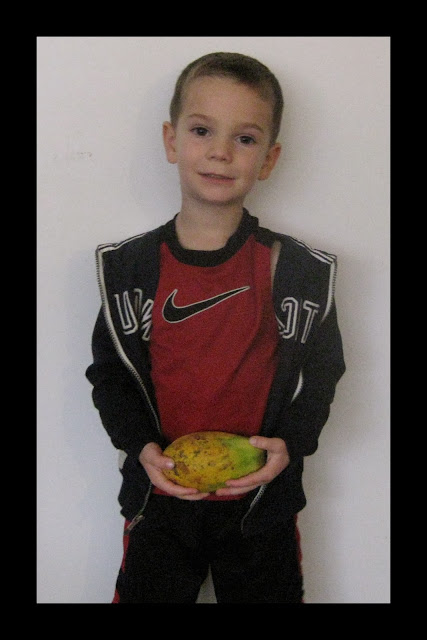 Posted by Memórias of the Davolt Family at 6:15 PM No comments:

I'm 4 days late posting this, but here ya go anyway! 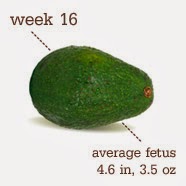 Our baby's the size of an avocado!
Now, he/she's about 4.6 inches long and weighs about 3.5 ounces. 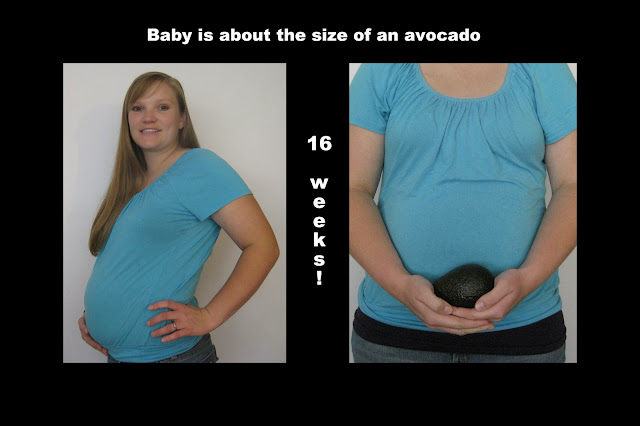 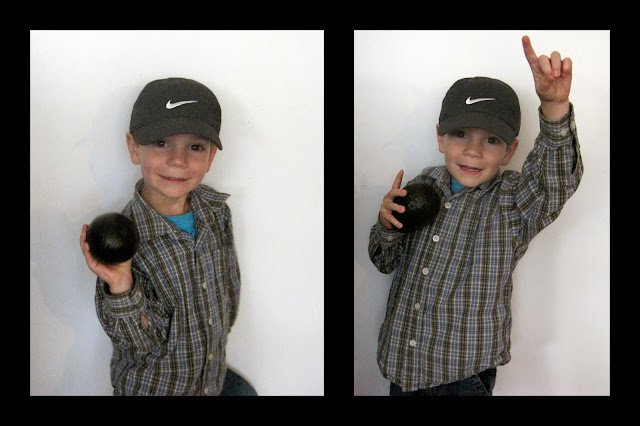 Posted by Memórias of the Davolt Family at 10:53 AM No comments:

This summer we had to say goodbye to my "little" brother Micah and his wife Leona. They are joined my other "little" brother, Javan, in Vernal Utah, working for Cameron. ("Cameron is a leading provider of flow equipment products, systems and services to worldwide oil, gas and process industries." Haha.) Not long after they bought a home in Vernal, we found out that they are expecting a BABY at the end April! Jesse and I have a nephew on Jesse's side of the family (and in a couple weeks will have 2 nephews!), but this will be the first for my siblings!

Jesse, JD, Titus, Stefanie, Barrett and I went to the Western Idaho Fair in August. Aunt Carolyn and Uncle Joe watched Elliott so she wouldn't get all hot, grumpy, and tired. 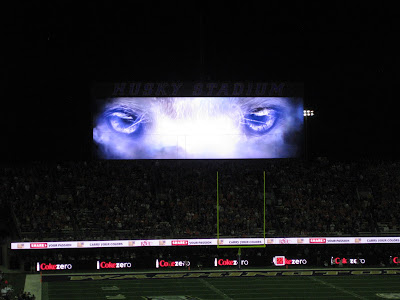 While we were in Seattle for the game we met up with an old friend of Jesse's and her family. Here they are playing in the pool at our hotel.

Posted by Memórias of the Davolt Family at 7:50 PM No comments: